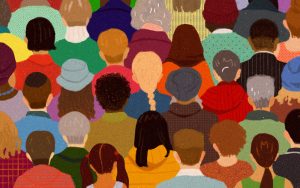 The Province is seeking nominations to honour individuals and organizations that are strengthening multiculturalism and taking a stand against racism and discrimination throughout B.C.

Beginning Jan. 25, 2021, British Columbians can submit nominations for the Multiculturalism and Anti-Racism Awards for individuals, organizations and youth whose work has enhanced inclusion and cultural diversity, and reduced racism and discrimination in their communities.

The call for nominations closes at 5 p.m. (Pacific time), Feb. 22, 2021. There are three categories, with five awards in total:

All nominees will receive a certificate of recognition. Award winners will receive plaques. The youth award recipient will receive $5,000 to donate to a not-for-profit organization of their choice to further promote multiculturalism and anti-racism.

Nominations will be reviewed by an independent panel of judges made up of members of the provincial Multicultural Advisory Council and a former award recipient.

British Columbia’s Multiculturalism and Anti-Racism Awards ceremony will take place virtually in late March to coincide with the annual International Day for the Elimination of Racial Discrimination.